Home >  international   What is a bank slip or boleto?

Home » Blog » What is a bank slip or boleto?

Bank slip is a payment method that is part of the daily life of millions of Brazilians. Find out all about it! 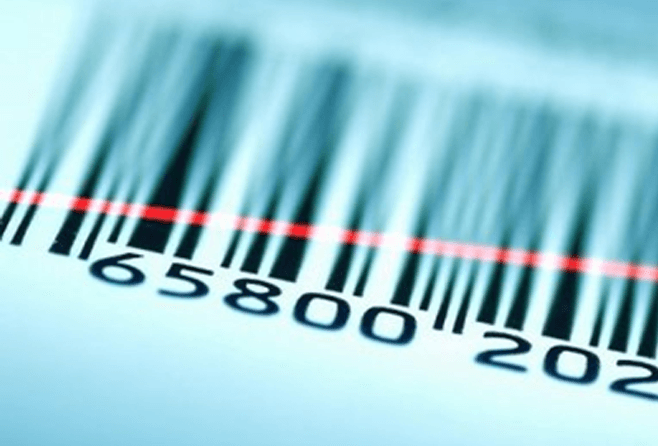 A large part of the Brazilian population is used to paying bank slips or also named boleto, one of the most popular and democratic forms of payment. In Brazil, essential services such as electricity, water and telephone and the taxes levied by the government are charged by it. But there are also many people who opt for bank slips when buying products and contracting services, either because they don’t want to use credit or debit cards or even because they don’t have access to them.

In this article we will explain what bank slips are and why you cannot lose sight of this payment method if you want to increase your sales in Brazil.

What is a bank slip?

A bank slip, or simply boleto, is a collection bill regulated by the Central Bank of Brazil payable in cash at any associate bank branch, lottery house, and supermarkets. It is also possible to use a bank account balance to pay bank slips via internet banking on desktop devices and smartphones. This is a common practice that generates, on average, 50 million bank slips every month, thanks to its convenience.

The document is standardized by the Brazilian Federation of Banks (Febraban) and has specific fields to ensure the flow of the collection process, as well as the safety of the parties involved: drawer (the one who makes the sale) and drawee (the buyer). The model we know today started to be developed between the 1970s and 1980s, when bank branches increased in number and also in the variety of types of payments received. Modernization peaked in the 1990s when bar coding was implemented, allowing bank slips to be paid at any bank, not just the one that issued it.

The payment voucher is basically a booklet with several bank slips that are delivered to the customer after the purchase. Each bank slip corresponds to the payment to be made each month, with the full amount of the purchase being paid in installments. It is common to use the payment voucher for high value purchases, such as: cars, motorcycles, household appliances, among others. Service providers such as work-out gyms and schools are also known for issuing bank slips with this configuration.

Identification field, our number, and more: knowing each part of the bank slips 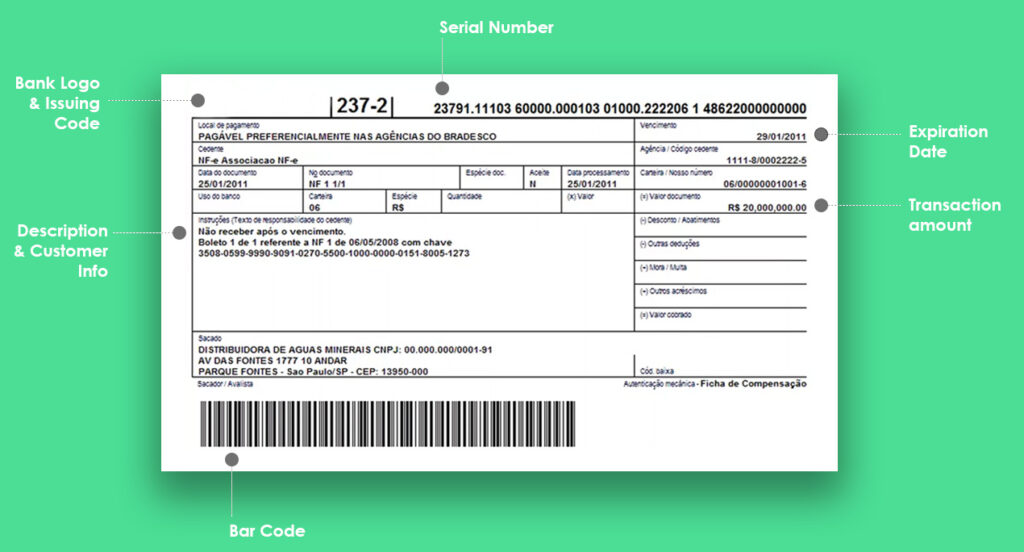 For those who are used to the impersonality of a charge by card, the number of fields in a bank slips can be daunting. But, as we mentioned, every piece of information printed on a bank slip has its function:

Drawee: the consumer, the one who will pay the bank slips;

Drawer: the party that issues the bank slips;

Branch and Beneficiary Code: information regarding the bank account of the drawer;

Amount stated in the document: which amount the drawee should pay, in reais;

Interest and late payment fine: charges that will be added to the value of the document if the drawee does not make the payment on time. The fine is charged only once, while the interest increases with each day of delay;

Our number: Unique sequence of each bank slip, following the pattern of the bank that issued the slip;

Identification field of the slip: a sequence of 48 numbers that represents the barcode. With these numbers in hand, there is no need to print a bank slip. Just type it in at the ATM, at the bank’s app, or tell the cashier. From left to right:

Barcode: Is the graphic representation of the digital line.

Flow of transactions via bank slips 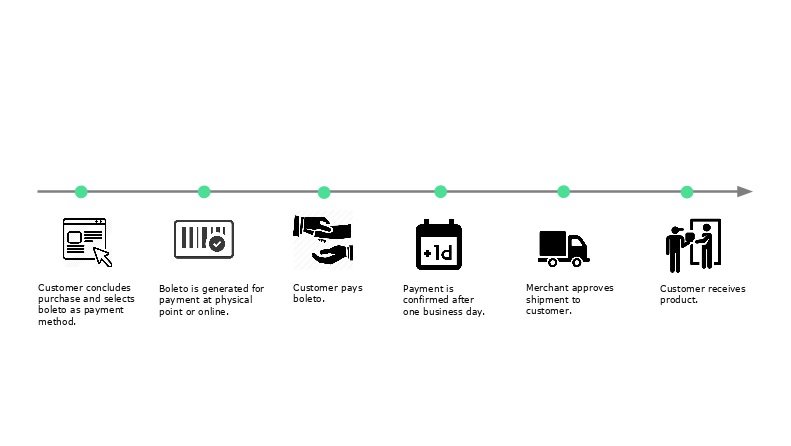 Issuing slips: a matter of inclusion

According to Forbes, Brazil is among the 10 countries with the largest number of people without bank accounts, with a total of almost 50 million Brazilians without bank accounts. In these countries, generally less developed and mostly located in Africa and Asia, there is a great challenge to bring access to banking services to a larger number of citizens. For those without a bank account in Brazil, bank slip transactions are even more common and crucial in the acquisition of goods and services, as there is no need for a connection with a bank account, as in the case of credit and debit cards.

Payment through bank slips in e-commerce

For many Brazilian e-shoppers, bank slips is the only form of payment for products and services. About 30% of all purchases made in e-commerces are made using bank slips. Data shows that 2/3 of Brazilians who use bank slips in online purchases have bank accounts, i.e. the bank slips also show to be a preference, even among those who have other payment options available.

The reason for this preference is also due to the fear of credit card fraud, such as cloning, improper charges, among others.

For Brazilian consumers, the bank slip represents a secure payment method, with low risk of fraud and the convenience of settlement through several physical and electronic channels.

There is a clear advantage of using bank slips in online establishment, as it can reach a large scale of Brazilian users of this payment method, thus significantly helping to increase online conversion rates, in addition to the possibility of integrating it into a single API along with the other payment methods.

For international entrants, gateways or merchants, it is essential to understand the local payment culture and habits. Only by understanding this scenario will it be possible to prepare a commercial and technological strategy to reach the almost 100 million Brazilian e-shoppers effectively and increase sales conversion.

Bexs Banco offers the main payment methods, ensuring that international businesses reach the entire Brazilian market. Learn about our solutions for issuing bank slips and other needs of your business.