Home » Blog » Consolidation of SaaS in the daily routine of companies 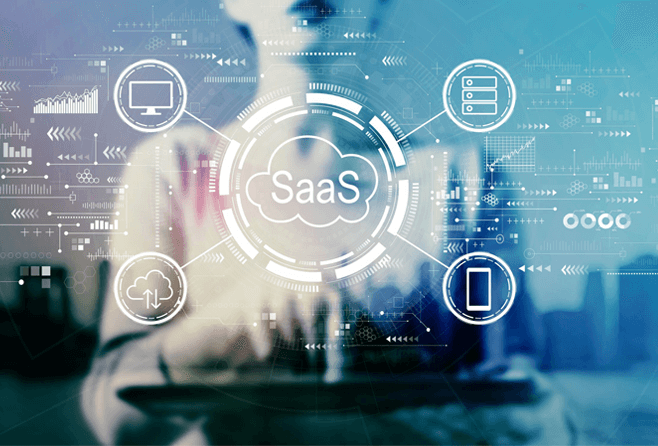 Technology and software services are going through an accelerated transformation process, breaking numerous established paradigms in the market. Diverse methods of development, supply and distribution are being reformulated in line with the changing demands from modern society at both the personal and corporate levels. In this regard, the Software as a Service (SaaS) segment emerged with the purpose of meeting the demand for technological services faster and less costly.

Providing software as a service represents a change from the procurement model to one of subscribing to systems, also known as the “on demand” format. This market has been reporting significant growth in recent years. According to Statista, the segment grew more than 20% between 2017 and 2019, and is expected to repeat this result in 2020.

According to a report by the Sinergy Group, Microsoft and Salesforce are the market leaders in this segment, with annual growth of 34% and 21%, respectively, in 2018. The report also forecasts strong growth in this segment in all regions around the world.

GPS is an excellent example of transformation through SaaS

An excellent example of SaaS that also revolutionized the market was the geolocation service. In the past, one had to buy a GPS device, which performed only this function and was considerably expensive. With the rise of SaaS companies, GPS became a piece of software distributed through apps compatible with diverse types of hardware, such as smartphones. The most famous app of this service is the Israeli Waze, which has its biggest market in São Paulo, reaching 3.8 million users, an unimaginable number in the past.

The change from a software acquisition model to a service delivery model has a significant effect on the business world. The decision to start a company is highly influenced by the costs of implementing the business. The traditional model of technology acquisition (software) involved high spending on the purchase of systems and infrastructure for using the platforms. The advent of the SaaS model completely shifted the process of devising business plans. This change in models “dissolves” the cost of related to setting up a company over time, enabling entrepreneurs to start companies with a much lower investment. In addition, as with current geolocation services, frameworks and data are stored in clouds on the web, making the acquisition of machines with large storage capacity unnecessary, allowing data consumption to be scaled up and reducing initial business expansion costs.

People and companies use SaaS in daily routines

Besides the high gains generated for the business sector, the SaaS segment also has an impact on the lives of families, consolidating its position as a solid industry even in scenarios of economic instability. However, SaaS companies offering services with lower costs became an option to replace traditional companies. One of the most telling examples in the Brazilian scenario is the cable or satellite subscription services, which lost their niche built over years of massive investments in physical and digital infrastructure, to video streaming services such as Netflix, which has 15 million subscribers, for example.

SaaS became a mechanism for launching new projects by democratizing access to certain services and, thus, has been proving itself to be a segment that is constantly on the rise. The convenience offered by this industry has launched a chain reaction in the production sector, speeding up changes in the portfolio of services, which ceased to be rigid and is more closely related to the technological breakthroughs in recent years.

Having a good payment processing infrastructure is vital to drive the SaaS business strategy in order to control the flow of recurring payments, thereby enhancing customer experience. In addition, to ensure high market share in the countries to which the business may spread and grow, the solution must support payment methods adapted to the reality of each location.