Home >  international • Payments   Reasons to invest in Latin America in 2021

Record digitization and a thriving innovation ecosystem. Understand the reasons for placing the region, and especially Brazil, in your expansion plan. 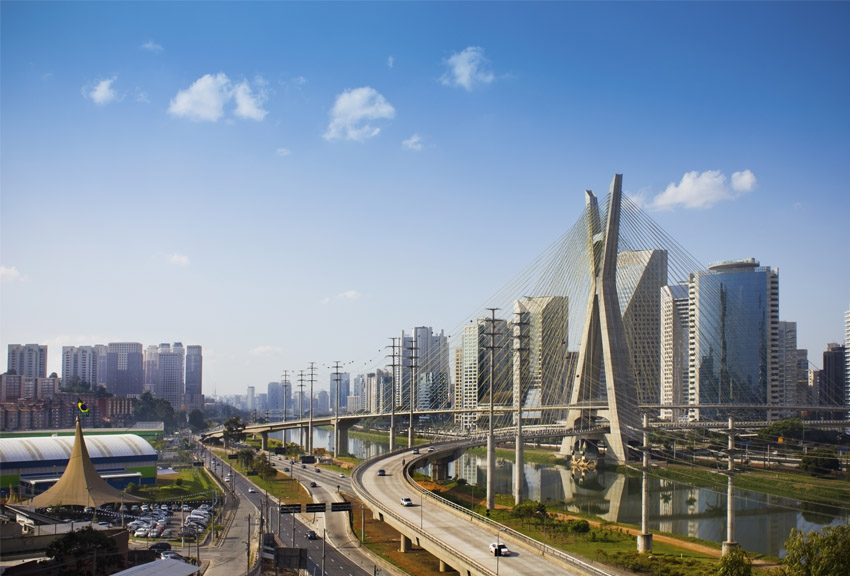 With more than 21 million km², Latin America includes 20 countries that speak languages derived from Latin: Spanish, Portuguese, and French. They also share legacies of a model of economic and social background which, despite some cultural differences, allow certain transnational scenarios to be analyzed together.

The rising of digital penetration is one of these scenarios. Latin countries are experiencing a solid growth of their innovation ecosystem, being a key market for big techs. Now, local initiatives in this segment are emerging, either with the advent of startups, or with the digital evolution of consolidated companies. Brazil is the major player in the region, with more than 12 thousand startups and 12 unicorns.

However, the continued growth of this market has taken an unprecedented turn due to the social isolation imposed by the 2020 pandemic. A scenario of forced digitization that can advance decades in the formation of the region’s innovation ecosystem.

In this year’s report on the digital transformation of Latin America, the venture capital fund Atlantico lists surprising numbers, records obtained and 3 reasons to focus on the region for investments and sales expansion plans in 2021.

Latin America lives with the historical issue of social inequality, a condition that should intensify with the health-economic crisis. However, it also lives with the possibility of a grand future and, therefore, difficulties must be seen as opportunities.

This expectation is based on the proportions of a high-potential market, both in social and economic terms. With a population of more than 580 million young, urban people, Latin America is experiencing the last decades of its demographic bonus. The region’s GDP growth ranged from 0.6% in 2019 to a negative 7.7% this year. In 2021, a growth of 3.9% is expected, while in Brazil it is already said that it will be above 4%.

As previously stated, LatAm has a mostly young population, which makes the region eager for technology. Innovations are socially well accepted and quickly adopted. The economy, which is very focused on services, has seen an exponential growth in digital solution penetration.

While the average annual growth of the tech market share in GDP is around 11% in the USA and 40% in China, Latin America boasts an increase of 65%. It is worth mentioning that this figure does not include the accelerated digitization in 2020, projecting the achievement of an even higher level in the historical series.

Nevertheless, only 2.2% of Latin American GDP is produced by the technology market, against 13% in India, 27% in China, and 39% in the USA. Such figures show the sector has considerable room for growth in the region and the amount of still unexplored opportunities.

Another fact that draws attention is the daily use of the internet per inhabitant. The number of online hours in Latin America is higher than in the USA, China, and India. Brazil leads the list of Latin Americans, with 9 hours and 17 minutes of use per day, followed by Colombia (9 hours and 10 minutes), Argentina (8 hours and 47 minutes), and Mexico (8 hours and 21 minutes), all well above the world average of 6 hours and 43 minutes.

After the arrival of global big techs in the past decades, Latin America is witnessing the development of its first generation of native digital companies, a movement headed by brands such as MercadoLibre (Argentina), iFood (Brazil), Nubank (Brazil), Rappi (Colombia), in addition to 99 App (Brazil) and B2W Digital (Brazil), a conglomerate that unites e-commerces Submarino, Shoptime, and Americanas.com, the latter a client of Bexs Banco.

Brazilian e-commerce represents the largest share in Latin America (42%), but this year is at its peak. With a 2% share in the retail market in 2009, it saw its share reach 5.8% in 2019. However, social isolation has transformed continuous growth into exponential acceleration. The 7.2% share in March 2020 jumped to 12.6% in May. More than 10 years of growth in just 10 weeks, a figure that may decline in the coming months, but will maintain a large part of the gain obtained.

The opening of new markets, the high capillarity of digital solutions, and the reduction of operating costs drive new players and attract giants to the sector. Everything indicates that this may be the digital decade in Latin America and starting with Brazil can be a strategic lever.

Bexs has the only platform via API that unites payments and FX customized for big global techs to operate in the country and expand their business. Click here and talk to our experts.