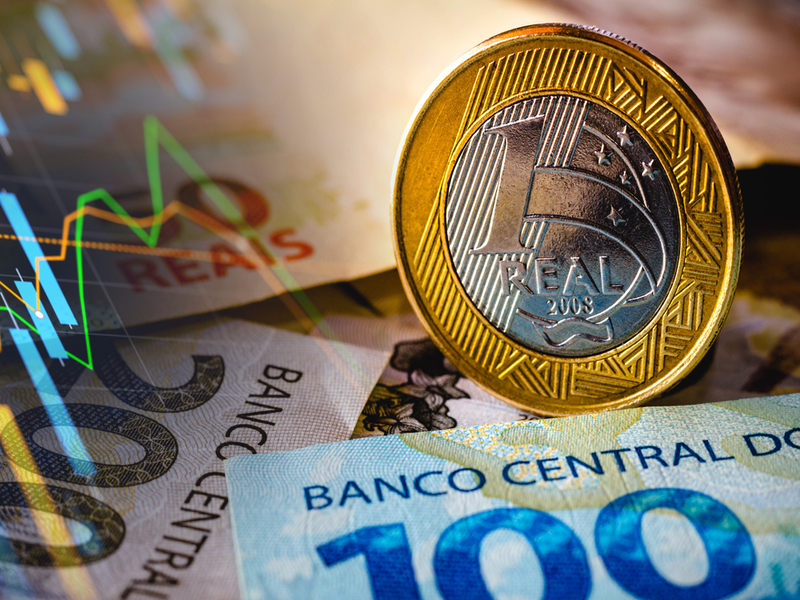 Digital coins are the new bet for payments around the world. The Central Bank of Brazil continues to seek ways to modernize and increase the efficiency of the Brazilian payment system, as provided for in AgendaBC#. The latest news released by the agency is Digital Real, which still has no date set to go into circulation. It is estimated that the Brazilian digital currency will be valid from 2024. However, the guidelines for the development of the digital-format real have already been established.

In this article, you will find out about what is already known about Digital Real and how it should be integrated into a financial system at full blast in terms of technological evolution.

Digital Real: a new format for the same currency

The Real, as we know it today, became Brazil’s official currency in July 1994. Even with the proposal of the Brazilian digital currency, which appears 27 years after the beginning of its circulation, it is important to emphasize that the paper bills and metal coins we have used since then will not lose effectiveness. In other words: it will not be a replacement, but a new alternative.

The consumer who has an amount in Digital Real can use it for purchases or save it in accounts. In both cases, Brazilian digital currency will have exactly the same value as physical money. In other words, having a BRL 50 bill in hand is equivalent to having BRL 50 in the virtual wallet, since the project provides that the digital currency will not have compensation. As far as we know to date, even if the digital currency distribution model is the same as physical currency, with financial institutions making the connection between the Central Bank and the end user, keeping Digital Real in an account will not yield any kind of interest.

It is also planned that Digital Real can be traded offline. Without relying on an internet connection, the Brazilian digital currency has even greater chances of becoming popular in all corners of the country.

According to The Global Payments Report, physical money will be the least used traditional payment method in the world in about 4 years. In Brazil, bills were only used in 35% of financial transactions last year. These data provide a good hint for current consumer behavior and needs. Digital Real would be a kind of promoter of new business models.

Despite having in common the fact that they are virtual, Digital Real and cryptocurrencies, like Bitcoin, are not the same. The main difference lies in the role of the Central Bank of Brazil, which will be responsible for issuing and regulating the digital version of the real. It is the one that guarantees the legal certainty of the transactions involving it.

The BCB made it clear in the guidelines for the creation of digital currency that the General Data Protection Law (LGPD) and bank secrecy will be taken into account for its operation. Above all, the goal is to ensure that this form of payment is not used in illegal activities and that it is possible to track suspicious transactions if the court requests it.

CBDC and cryptocurrency: understanding the differences

In the case of cryptocurrencies, issuance and distribution are decentralized. There is no institution or monetary authority that regulates them. In Brazil, some companies in the industry follow the Self-Regulation Code created by the Brazilian Cryptocurrency Association (ABCripto). However, this is not mandatory. Despite this, the possession and trading of cryptocurrencies in the country is allowed.

In addition, cryptocurrencies are not even recognized as currencies by the Central Bank of Brazil. Such body prefers to use the term crypto assets, as their features are more similar to financial assets than to a medium of exchange. On the contrary, a CBDC can be used for any type of payment, for transfers between people etc. CBDC Brazil will also be able to be negotiated with Central Banks from other countries. However, exchange guidelines have not yet been defined. It is not yet known whether the value of the physical real and the digital one will be the same in this transaction.

Digital currencies in the world

The creation of digital currency in Brazil shows how the country is committed to being at the forefront of possibilities, such as integration with IoT (Internet of Things), for example. There are few countries that have paid attention to this future so far.

The first country to issue CBDCs was Bahamas. Officially launched to citizens of the country in October 2020, Sand Dollar took a few months to complete integration with the commercial banking system. Its value is pegged to the Bahamian dollar, which in turn is pegged to the US dollar. Currently, there is even a prepaid card for Sand Dollar, created in partnership with Mastercard and Island Pay, a digital payment startup licensed by the country’s Central Bank.

China began testing its digital currency last year. Digital Yuan has been tested in some cities and traditional events, such as the Dragon Boat Festival. Implemented on a blockchain, digital currency is used by companies to pay employees. Its third and final testing phase will verify its effectiveness at international levels.

The move of such Asian power pushed the US dollar in the same direction. The US government is also studying the topic and plans to run tests until May 2022, launching 5 pilots. With the DDP – Digital Dollar Project, the country hopes not to lose space to China in the international exchange.

Digital Real and the future of payments: count on Bexs

The arrival of digital currencies on the market will change the way consumers pay for their purchases. Therefore, if you want to reach the public of a country that has this new currency on its radar, like Brazil, you need to be aware of these trends, anticipating them. Bexs has a team of PayIn and PayOut specialists always ready to point out the best and most innovative solutions in international payments. Keep following our contents or contact us to receive customized service.

Understand the differences between payment gateway and PSP

Despite being used interchangeably, there are fundamental distinctions in what they are and how they work.